Sorry this is late, but a busy Saturday and Sunday led to the delay… Never fear, here is the DL on the second day of Epic Roadtrip…

Day 2 began at 7am as we shimmied into workout clothes and moseyed on down to The Rush in Oak Ridge where I thought we would be able to use our military ID to secure a 15 dollar workout for the both of us. NOPE. They have been bought out by Gold’s Gym and now have no discount so the workout was 30 buck for the both of us. Oh well, we needed to get sweaty so we did. Paul came up with everything. He took the lead and I followed. The only rule was to leave my legs alone. Workout is posted below… Mostly core with a splash of upper body. NOTE: Rowling is Row+Bowling where you try to row exactly 100m. Every meter above or below is worth a point. At the end you add up the score. We do burpees for every point. There are 10 frames and we suck at it so there was only one strike (MINE). You alternate people. 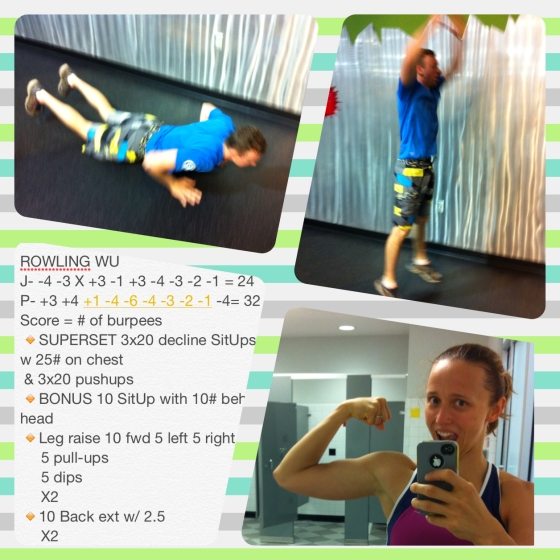 We showered and headed North down the road stopping at a Waffle House because a road trip is not complete without a Waffle House meal. We knew it was gonna be a pretty long day because we had about 7 hours of driving ahead of us. As we drove through Kentucky (the first time Paul has been in this state), we enjoyed seeing the horses and I was thrilled when we stopped at a barn-looking gas station. We decided to find somewhere near Cincinnati to eat a late lunch and settled on Virgil’s Café (a place featured in 2010 on the TV show Diners, Drive-Ins, and Dives) which is an eclectic restaurant in Bellevue, Kentucky just outside Cincinnati. Paul wanted to try the frog legs with jalapeno hush puppies as an appetizer and we split the chorizo stuffed chicken with Cuban rice. Ooooo-eeee that chorizo had a spicy bite! The food was quite delicious and we left satisfied. 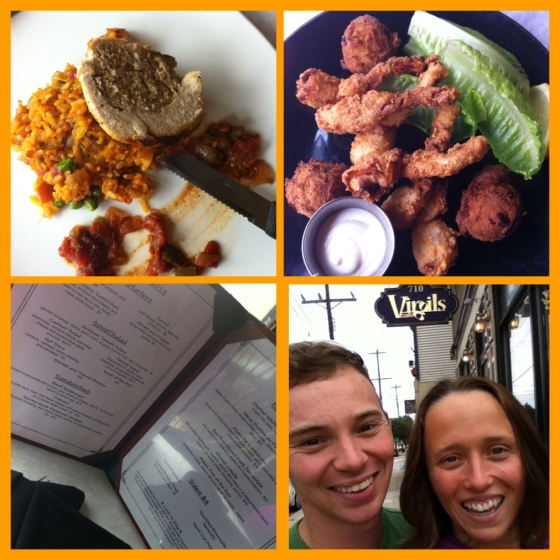 We didn’t really comprehend the warning my brother had issued regarding the traffic of Cincinnati and once we hit the road and got all up in that nasty early Friday evening traffic, we realized we should have stopped to eat once we cleared Cinci. OOPS. Lesson learned. We also had the misfortune of hitting Columbus traffic. We entertained each other with our typical obnoxious shenanigans and laughed until it hurt a few times. There was also a considerable amount of terrible karaoke.

The whole time I had it in my mind that we were going to make a fire and roast marshmallows and smush together smores. When we arrived in Sandusky, the first thing I told Paul to do was go to Walmart to get smores supplies. Then we ate a completely ordinary meal at Applebee’s before heading over to the KOA we would be staying in overnight. Paul told me no firewood… I pouted for a bit since no wood means no fire which means no smores! By the time we set up the tent, pumped up the air mattress, and then pretty much fell into a coma. A good night of rest is important before a day at Cedar Point and it’s amazing how tired riding in a car makes you! Whewee!

Here’s some snippets of the day… 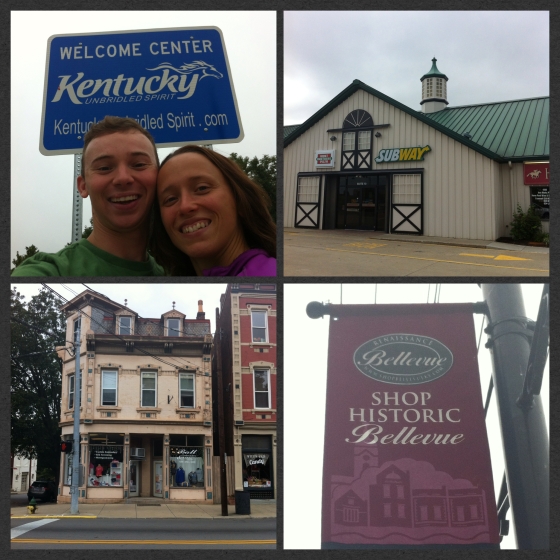 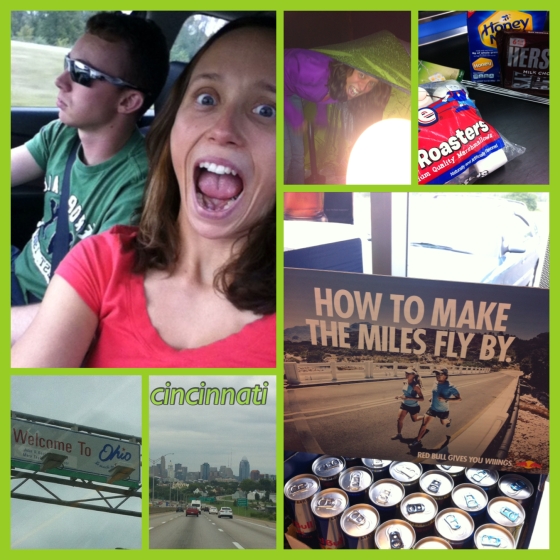 I saw the redbull sign and considered buying the whole case so that I could fly through the upcoming 50k on Sunday.

All in all, day 2 was simple and kinda lame. I know… but it was inevitable. We had a lot of fun with it. Isn’t that the point? ❤

3 thoughts on “Day 2 of Epic Roadtrip”